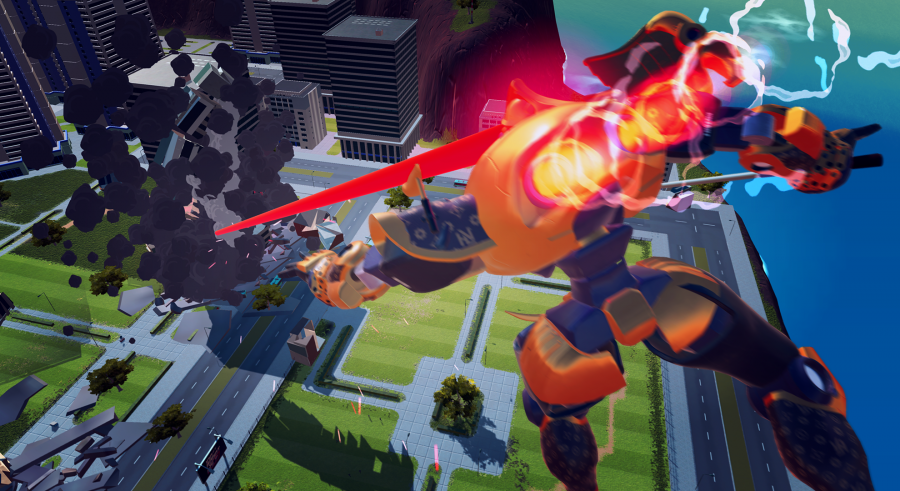 Indie developer No Goblin must think golf is really boring. So much so that they decided to re-invent it with the batshit crazy 100ft Robot Golf. To understand the thinking behind the game will probably make your brain melt, so all you need to know is that you are a 100ft Robot with a jetpack strapped to your back, you’re gripping an equally oversized sized golf club, and you have been snorting a lot of pixie dust.

Whenever a title is inspired by Japan, you can expect a hint of the weird and wonderful and 100ft Robot Golf is no different. It’s incredible to think that the PS4 and PlayStation VR game was made by just two American developers, yet they’ve managed to capture the 2D anime-styling and plastered it into a 3D environment with skill, a feat which is difficult to pull off well. This unique style really makes 100ft Robot Golf instantly recognisable.

The campaign takes the form of game show which are ever so popular in Japan. As with your typical game show, there is a presenter who guides you along your wacky journey, all the while churning out puns and Christmas cracker jokes like there’s no tomorrow. This cringe worthy humour carries on into the actual game when the commentators describe every drive, chip and putt, which can sometimes be funny but gets repeated so often that you’ll probably want to turn the audio off.

The campaign allows you to control a whole host of robots, ranging from a skeleton to a robot controlled by a bunch of doge’s (it really does get that bizarre). Each robot has its own special powers and unique play style which you have to try to adapt to your own preference. The only problem is that every robot is very slow, which can become tedious when taking your shots and moving around the landscape. You play through a host of courses each with same ultimate task of potting your ball first, though you can get into a lot of mischief along the way by preventing your opponent from taking and blocking their shot. 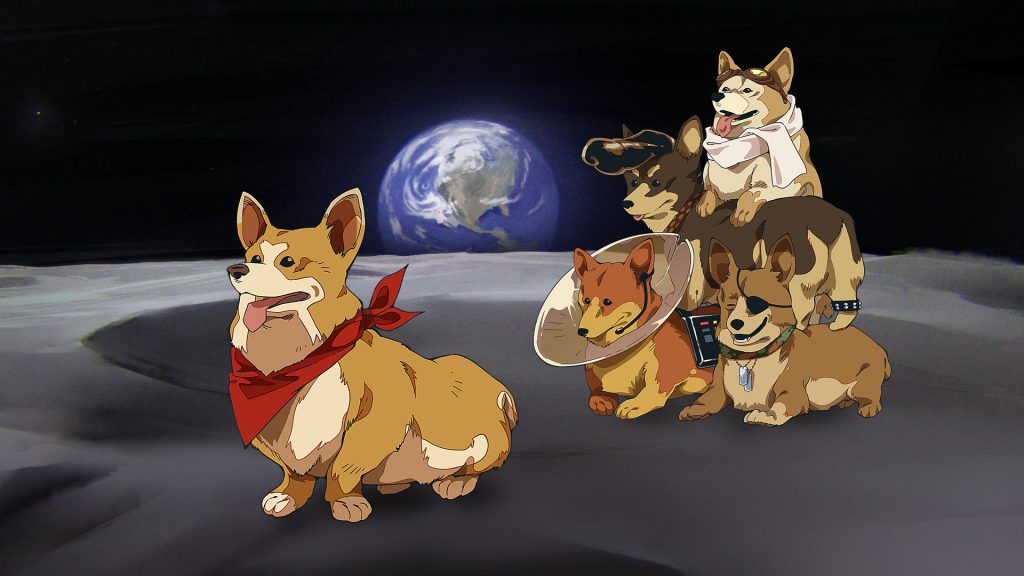 To really enjoy100ft Robot Golf, you need to play against your friends (4 player local co-op splitscreen and online options), the more the better! Challenge them to take you on and feel like Godzilla by demolishing skyscrapers and smashing asteroids into your enemies. There is method in the madness too, as destroying the environment hinders your opponents from achieving their goal. Once one person starts wreaking havoc, everyone wants their share of the fun. Attack your enemies with your golf club, stomp on them from atop a mountain, fire lasers from your eyes or use your special powers to make your opponents dance to Gangnam Style. You soon forget you are playing golf until that one player completes his putt and you are whisked off to your next playground.

If all this has not inspired you to take on 100ft Robot Golf, maybe the PlayStation VR support will draw you back in. Instead of an over-the-shoulder view you can now sit inside your chosen robot and see the havoc you cause up close and personal. Unfortunately, this is just limited to single player and nowhere near as fun as playing with your friends. The PSVR experience suffers from blurry graphics and feels like it’s just been plonked on the end. 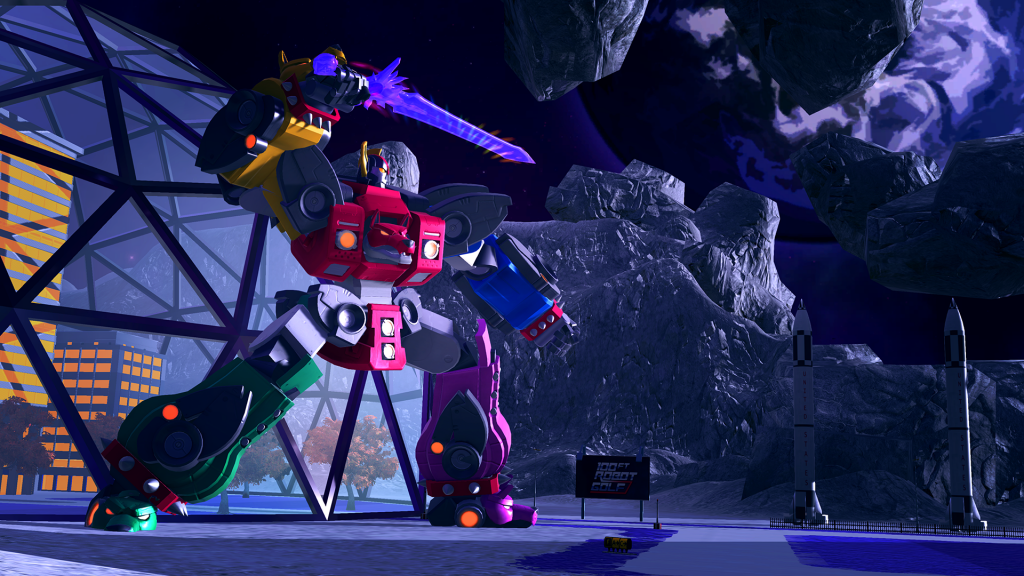 If you’re looking for a party game to enjoy with your friends that you can instantly pick up and play, 100ft Robot Golf might hit the spot. I would have liked to have seen more customisation options and unlockable items for completing certain levels and tasks – as well as an increase in pace during the slow sections – but the mixture of madness and over the top antics often works well, and as result 100ft Robot Golf can be a lot of fun to play with friends.